The Pen Mightier Than The Pelisse? 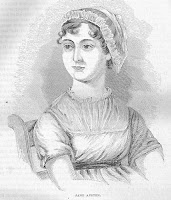 In Jane Austen’s novel Persuasion, Anne Elliot seemingly mourns the disparity between women’s and men’s education, and women’s lack of representation in history and the arts: ‘Men have had every advantage of us in telling their own story. Education has been theirs in so much higher a degree; the pen has been in their hands’. 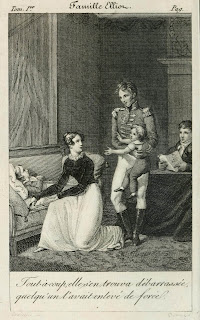 But in an age when society believed that a girl’s ultimate ambition should be a wife and mother, an increasing number of women (like Austen herself) took up their pens in the hope of earning some money of their own. In a letter to her brother Frank Austen in 1813, she told him of the success of Pride and Prejudice and Sense and Sensibility: ‘I have now therefore written myself into £250 –which only makes me long for more' (worth approximately £16,000 in today's money).

Over the next few blog posts, I’ll be taking a look at some of Austen’s predecessors and contemporaries who created a fresh role for themselves in society as authors. However, to avoid society's censure, like Austen, they often wrote under a cloak of anonymity.